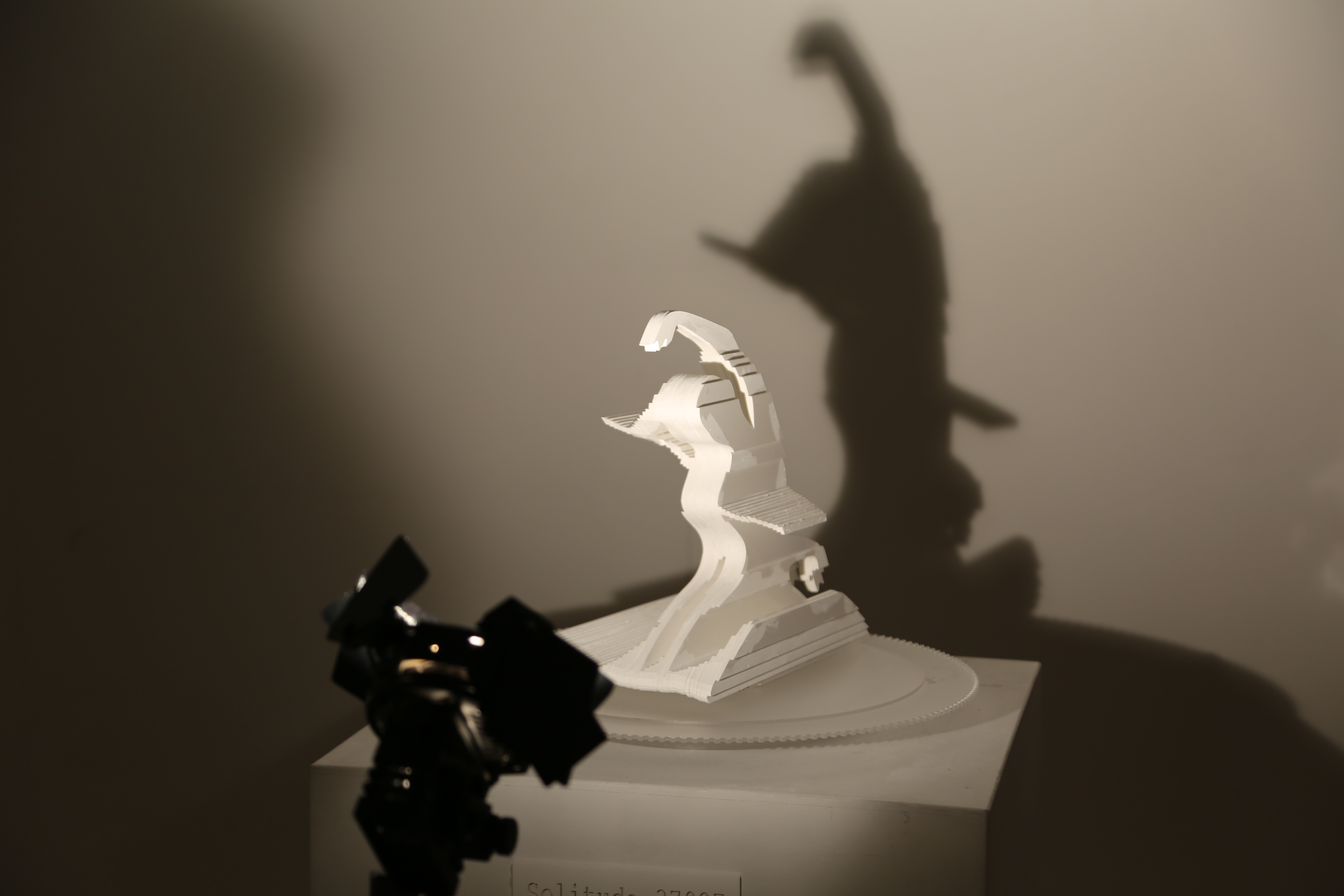 Solitude 37927 is a constantly rotating shadow casting sculpture. With a spotlight pointing towards it and three stepper motors spinning the base at a low speed, visitors will see a slowly morphing shadow on the wall and at two specific angles, all the elements align and therefore create meaningful images.

bot.TANICAL is a multimedia immersive installation that invites you into an artificial greenhouse where technology has totally replaced nature, begging to question humanity’s current effects on the environment. This is a dystopian future where plants and living organisms have become obsolete and had to be substituted with man-made versions. Each electronic element is representative of past natural life but transformed by a dystopian lens.

It is a team project and was exhibited at Ontario Science Center from December 2019 to January 2020. I took the role as the coder, fabricator as well as the designer of Venus Flytrap in the team. 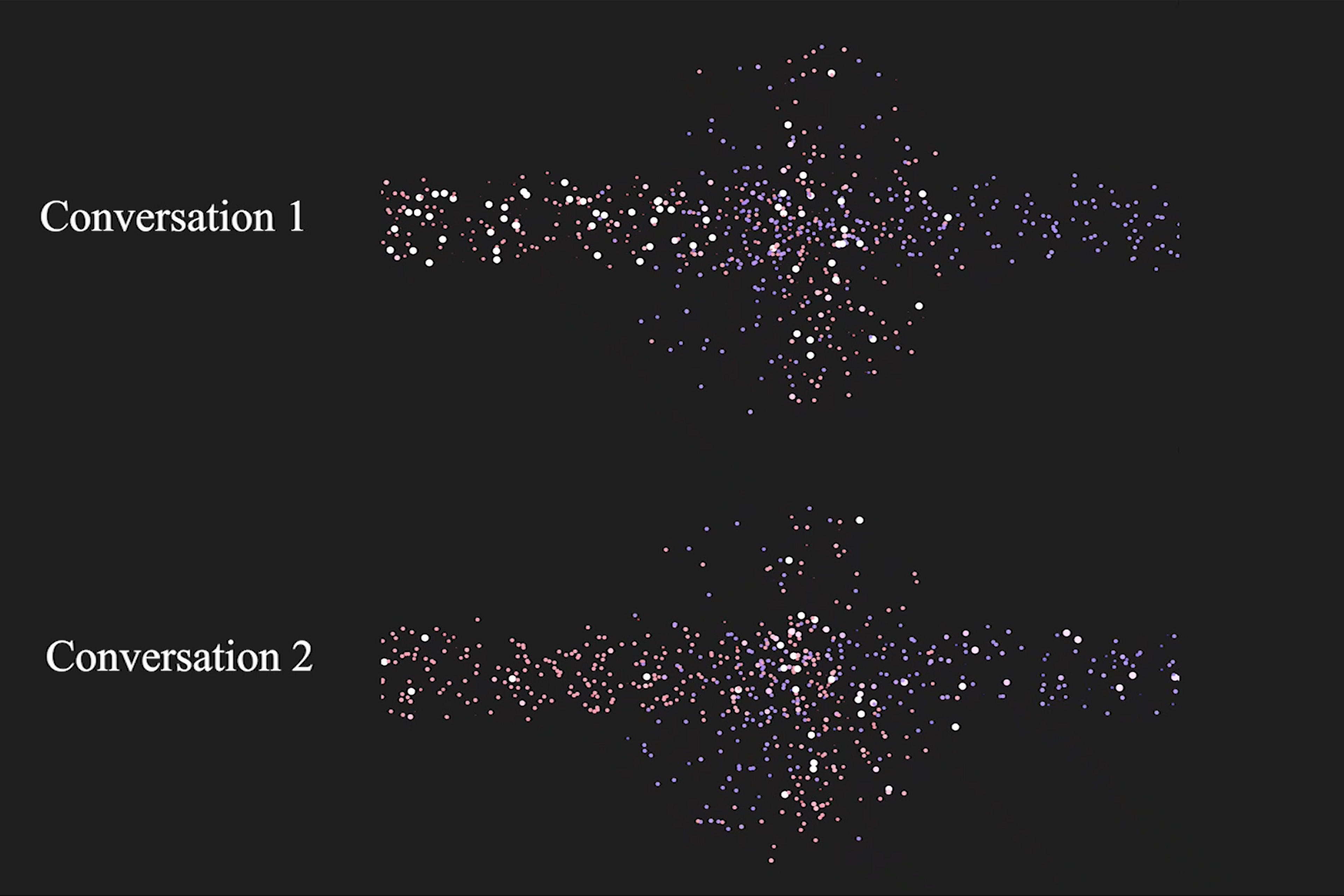 A Self-portrait on Communication

Created in 2019, a data visualization project

Drawing data from two sets of sound sensors, A Self-portrait on Communication is an interactive piece that presents a real-time visual update based on the level of engagement between the two speakers in a conversation. Dots appearing from each side responding to the voice that depicts from each sensor, which have an influence on 1) the size of the dots; 2) the color of the dots; 3) the speed of emission rate. When one side of the communicator keeps on talking in a high volume, the program will generate larger and brighter dots with a different emitting speed corresponding with his cadence. 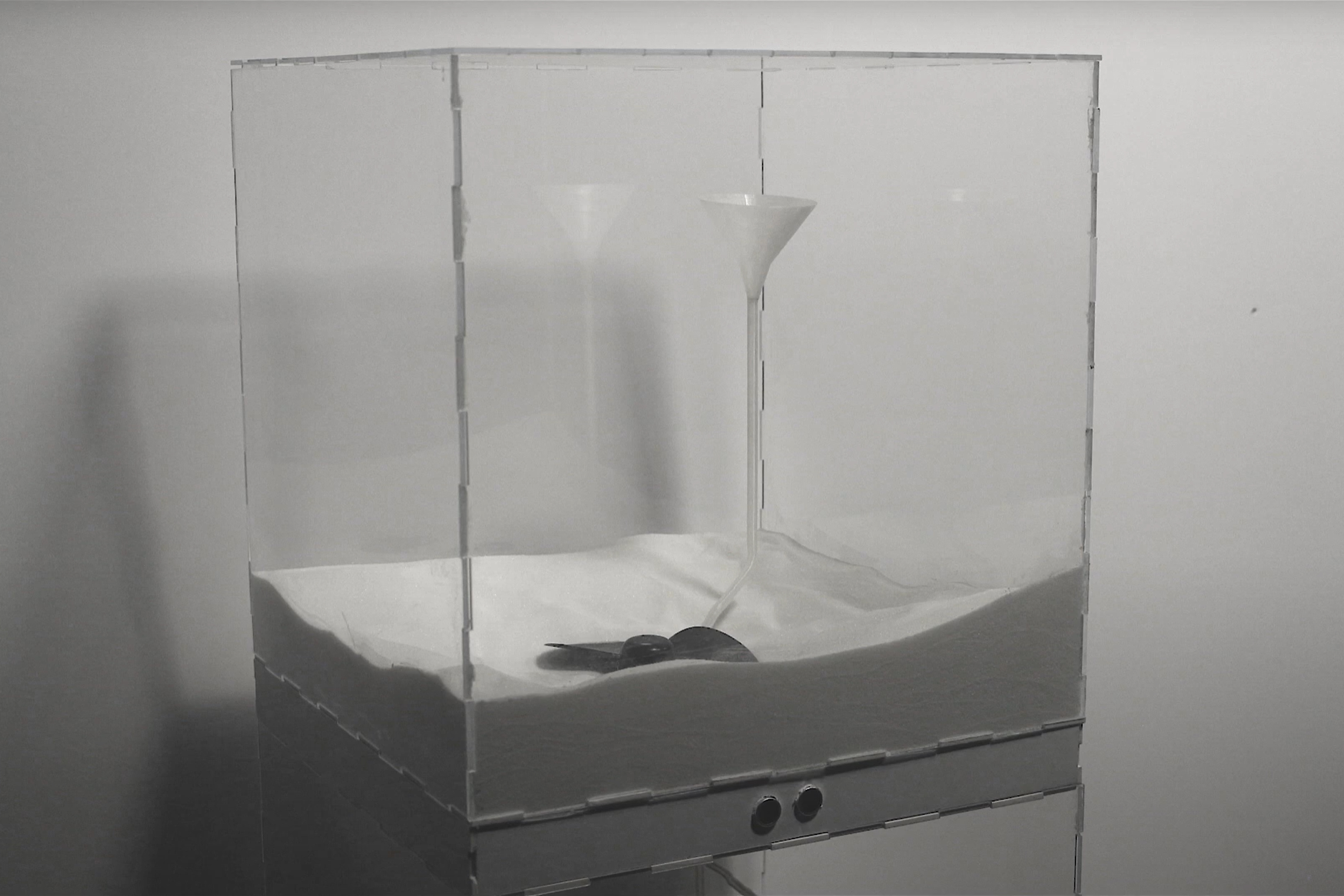 a part of you in me

Created in 2018, an interactive installation

A Part Of You In Me is an interactive installation featuring two acrylic containers stacked on top of one another. The top one contains salt, a fan and a funnel, while the bottom of the funnel leads to the acrylic cage below, pointing towards a flower made from clear plastic, hollow inside. There is a built-in ultrasonic sensor that can detect distance. When the visitors come close to the installation, the fan will be powered up and turned on, therefore create a storm on the top container. During the process, some salt will fall into the funnel and gradually fill up the flower.

Created in 2018, PROJECTION MAPPING ON T-SHIRT

Come Alive explores the synthesis of wearable and digital graphics through projection-mapping on a T-shirt. The animation is done based on the graphic on the clothes, aiming to visualize our everyday wearable from a new perspective. By bringing the graphic to life in color and creating the illusion that the lady is alive,it blurs the barrier between perception and reality of depth of field, dimensional and other physical characteristics of our clothes.The concept of the project emphasizes on how daily object can contain pieces of memories. Since I have worn the T-shirt to see cherry blossoms in the park, night sky on the mountain and fireworks on the national day, I started to imagine that what would the lady remember if she was ever conscious. 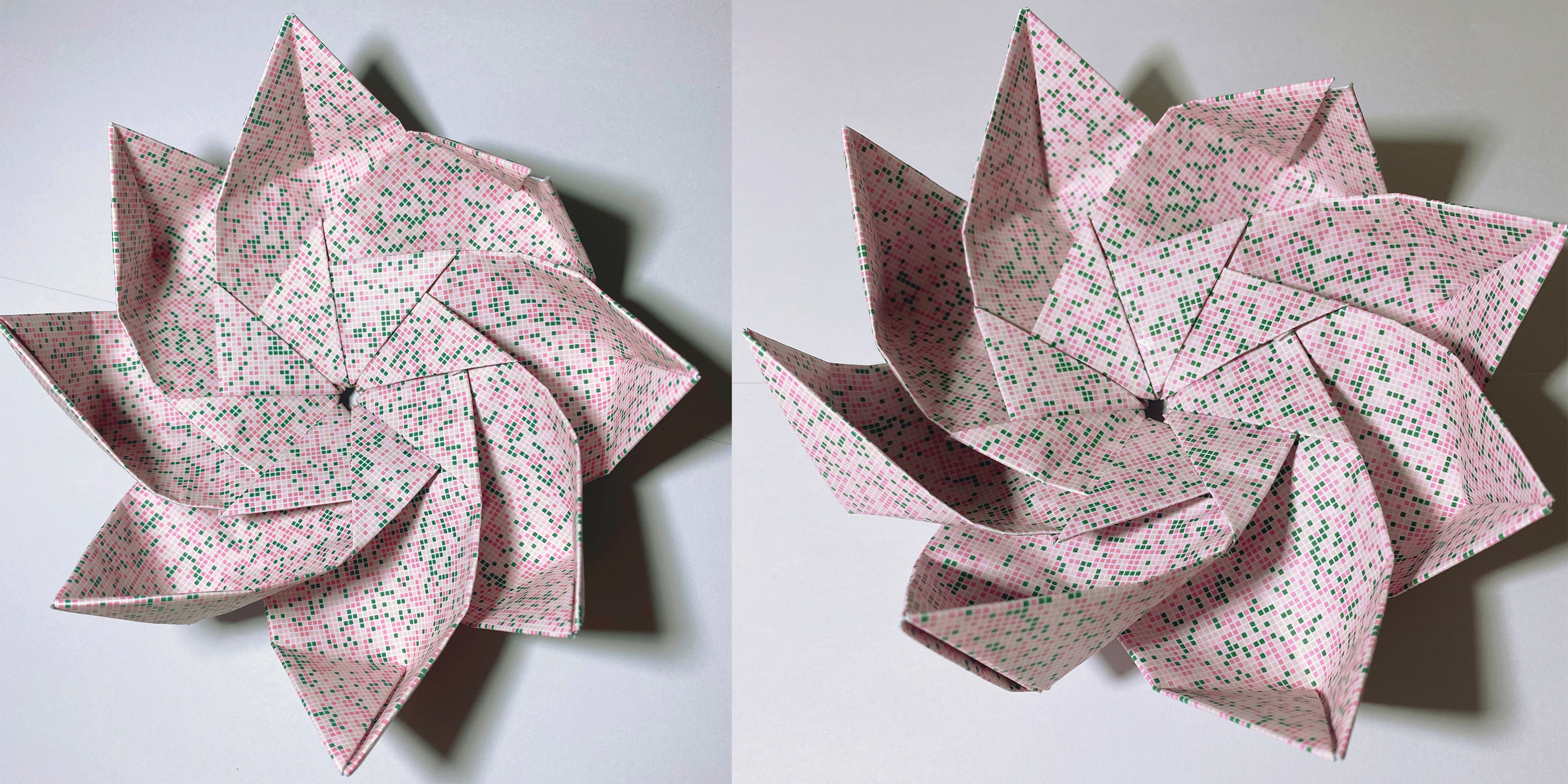 DNA stores genetic information for any living creature, which is composed of nucleotides. And a nucleotide consists of a pentose sugar, a phosphate group and a nucleic acid base. Lotus is a data visualization project that aims to present Japanese lotus flowers’ genes.Coding segments (genes that coded for proteins) are a minor component of the total amount of DNA in each cell. Scientific study shows that the coding sections for humans constitute only about 3% of the entire genome. The non-coding sections (i.e. the remaining 97%) are nearly all of function that we have not yet acknowledged. For this project, I extracted a small portion from a database that contains a Japanese lotus flowers’ entire genome, as the representation for the genes that determine the characteristics of lotus flowers, such as colors, shapes, size and etc. DNA can be cut, copied, and manipulated. Lotus is presented in a way that all the genes(coding DNA) are exposed, as a response to nowadays genetically modified artwork. When artworks step in the area of gene modifying, it almost feels like the world becomes pixilated and virtualized. The fact that some artists become the nature’s coders and play the role of God is very questionable and disturbing.